After months of record monsoon rains that have killed 1,300 people and destroyed homes, businesses, roads, and bridges, engineers breached Pakistan's largest freshwater lake to drain water threatening nearby towns, officials said on Monday. Nearly a third of Pakistan is now under water, covering an area roughly the size of the United Kingdom. 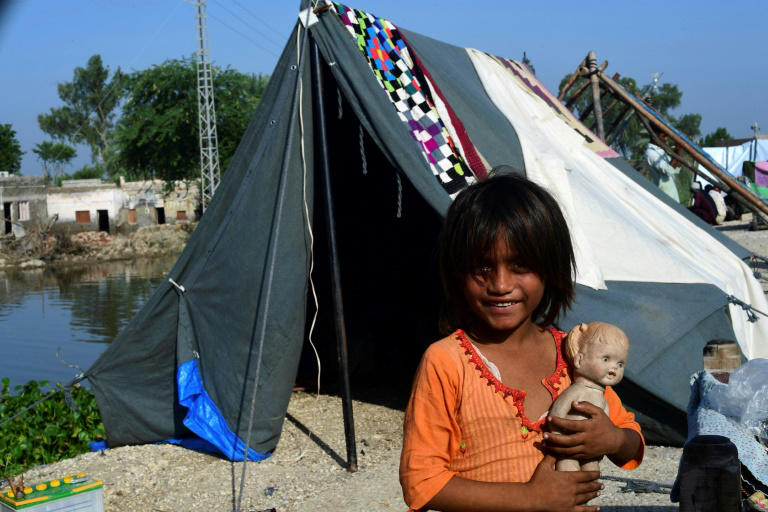 Officials estimate that the repair costs would exceed $10 billion, leaving hundreds of thousands of people homeless as the monsoon season comes to a close and winter approaches.
Zebunnisa Bibi, who is taking refuge in Fazilpur in Punjab province where 65 tents are now home to more than 500 people who evacuated their waterlogged villages in search of higher land, stated, "There is nowhere to shower or go to the restroom."
Similar tent settlements have proliferated over a large portion of Pakistan's south and west, where rain cannot drain because rivers are already flowing at full capacity as a result of the severe downpours in the north. 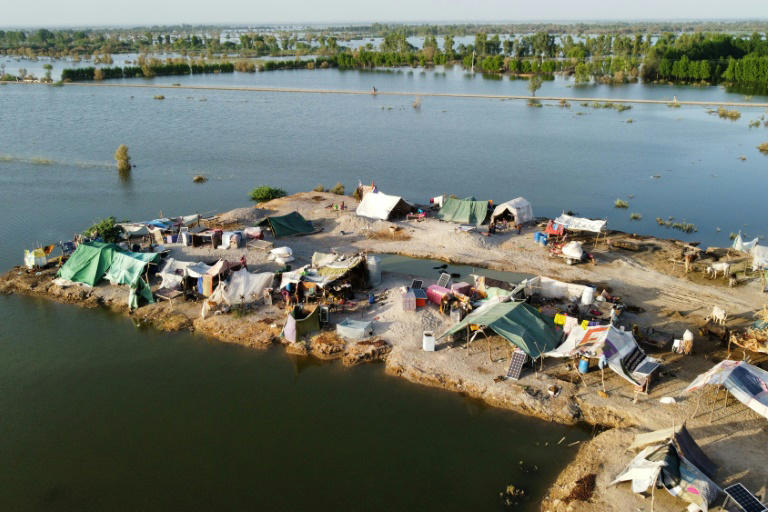 Engineers had to construct a canal into Lake Manchar to drain water that was threatening the cities of Sehwan and Bhan Saeedabad, which have a combined population of around 500,000, according to Sindh state Information Minister Sharjeel Inam Memon, who spoke to AFP on Monday. Nevertheless, many had to be evacuated from smaller towns that the newly directed waterway had flooded.
Although the flood water was redirected, Memon warned that the hazard was still very much there.
"We are making every effort to halt the engulfment of further settlements."
The extent of Lake Manchar, which is located west of the Indus River, changes with the seasons and amount of rainfall, although it is presently dispersed across a larger region than anybody can recall. 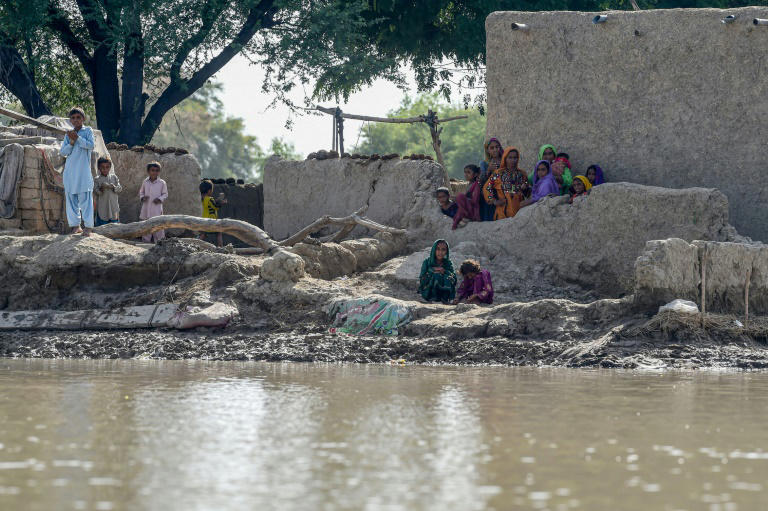 Locals who have been evacuated are crowded pitifully on elevated highways, rail tracks, and other high ground in Sindh and Balochistan, which has mostly turned into a huge expanse of water.
Swarms of flies are drawn to the foul water by the human and animal waste, and dengue epidemics are being linked to mosquito breeding in the swamps.
Officials in Pakistan attribute the increased frequency and severity of severe events worldwide to climate change.
Pakistan ranks seventh on a list of nations the NGO German watch considers most vulnerable to extreme weather brought on by climate change, while producing less than 1% of the world's greenhouse gas emissions.
Although a sizable army-led rescue effort is actively underway, the country's officials have acknowledged feeling helpless in the face of the disaster and have made a plea for outside assistance.

Stars of "Hawaii Five-0" From the Original and Reboot

Russian gas exports to the EU via Ukraine are still steady, while Nord Stream remains closed.

Pakistan tries hard to prevent the lake from overflowing.

Rishi Sunak is defeated by Liz Truss and will not be the future Prime Minister of the United Kingdom.

Stars of "Hawaii Five-0" From the Original and Reboot

Russian gas exports to the EU via Ukraine are still steady, while Nord Stream remains closed.

Pakistan tries hard to prevent the lake from overflowing.

Rishi Sunak is defeated by Liz Truss and will not be the future Prime Minister of the United Kingdom.

Two Russian diplomats were killed in a terrorist attack on the Kabul embassy.

According to Uniper CEO, Germany may explore limiting gas.